Take two teachers, a few months of not shaving, a bottle or two of purple hair dye and what do you get? Weird Beards.

What became known as “Weird Beard Week” at Portora raised a total of £1334.05. The funds were shared between Cancer Connect NI and Willowbridge School; representatives of both, Phil McGrenaghan and Julie Murphy respectively are pictured receiving their cheques from Mr Mason and members of the school charities committee.

Richard Mason and Leo Murphy grew beards from New Year until late March allowing pupils to vote for their preferred beard styles. The beards were styled accordingly, coloured purple and worn for the rest of the week. They said “We would be lying if we said we had picked purple because of its links with Cancer Connect but this happy coincidence made the whole venture a little more relevant”.

The team at Cancer Connect NI wish to express our deep gratitude for this kind donation. Thanks to all those at Portora and beyond who contributed sponsorship and a particular thank you to Miss Amanda McManus at Kelly’s barbers for giving freely of her time to make one beard really weird. 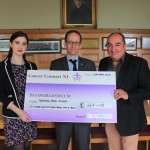 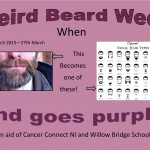 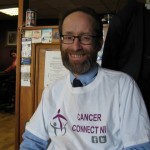 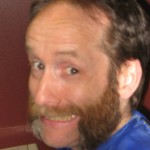 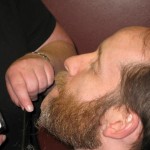 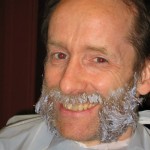 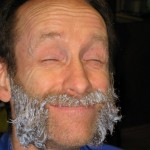 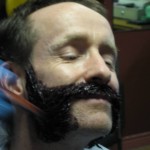 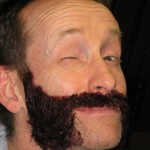 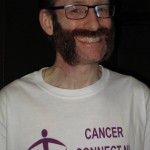 Some Of Our Past Events